Where are we in the cycle now? I think we may have to wait and see…..

Market commentators have been struggling with the question of the future of growth asset performance based on the strong results that have been achieved since the global financial crisis ended with the 2009 lows.

Some commentators look to cycle lengths to try to determine how long the current market run will go and argue that since World War 2 the current bull market has seen US shares rise by 212% over 73 months, which compared to the average of a 177% gain over 64 months points to an ending of this bull market cycle. However, it is argued that in 2011 during the start of the Greek crisis shares did enter a bear market, which reduces the current bull market performance and period to a 92% gain over 42 months pointing to more of the same strong returns to continue (AMP Capital).

Other commentators look to the way investment cycles work with an economic slowdown reducing performance from shares and seeing Government bonds perform well followed by low interest rates to kick start the economy, economic recovery, and strong share market performance until shares look over priced again, the economy runs too hard, inflation rises, and interest rates are raised to control inflation and the economy to stop it from overheating.

In reviewing our current position in this cycle we can firstly look at valuation. For instance, when Price to Earnings (PE) ratios are compared against past periods the US and Australian markets look cheaper than where they reached in 1999 – 2000; and when share dividend yields are considered against bond yields shares actually look cheap.

So all commentators are pointing to good things to come. 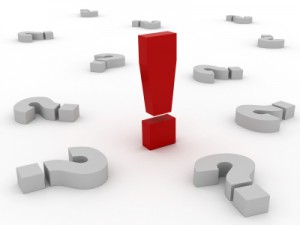 However, there does seem to be a few issues that these commentators are forgetting that may be pointing to somewhat uncharted territory.

Firstly, Governments have been borrowing a large amount of money since the global financial crisis as they initially nationalised banks and mortgage originators and then started the printing presses. This huge amount of money has hit the economy, but has not really led to the type of economic prosperity that the architects of these programs envisaged. So what happens to this debt if Governments can’t raise enough money in taxes whilst the costs of essential services (such as Heathcare) continues to rise?

Secondly, interest rates are at historic lows with the US at close to 0%, the EU and Japan at negative interest rates, and Australia hitting a 2% cash rate. You would expect that historic low interest rates would be driving spending and investment by households and businesses, but all the consumer and business confidence surveys point to uncertainty and weakness. Some of this uncertainty and weakness will result in unemployment which will only exacerbate the problem with lower tax revenue hitting Government coffers with which to reduce debt.

These issues or anomalies don’t seem to fit the pattern of cycles or support the notion that the underlying economy led by businesses and consumers is strong enough to support current company profitability and share prices.

The only way to see where this leaves us is to watch, wait, and take a cautious approach to investing.

Source: This article was written with the help of AMP Capital.