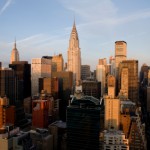 The U.S. Government is very close to its first partial shutdown in 17 years at midnight US time tonight (approx 2pm AEST).

And again politics is getting in the way.

The Republicans will agree to the debt ceiling being raised if the Democrats scrap Obamacare (a health program similar, but not as supportive, as our Medicare). Interestingly enough the Obamacare legislation has been passed and it can be argued that the current US administration received a mandate from the US people to implement Obamacare upon President Obama’s re-election in 2012.

The last round of debt ceiling negotiations occurred last December with an 11th hour agreement by both side of politics to raise the ceiling partially at which time the focus turned to this round of negotiations.

Hanging in the balance are 800,000 federal workers who would be sent home if Congress fails to pass a stopgap spending bill before funding expires tonight.

The Australian share market (All Ordinaries) fell by 1.6% yesterday upon the concern of a US shutdown; however, the US Market (S&P 500) fell by only 0.5% last night our time possibly pointing to a market expectation that an agreement may be reached.

The price of oil has plummeted and the price of Gold has increased as you’d expect.

There are so many options, plans and proposals that each side of US politics has brought forward that it will be interesting what the final negotiated agreement is and whether this is before or after the deadline.

The US is experiencing the frustrations that Australian’s experienced over the last 3 years with no significant majority in politics leading to politics essentially getting in the way.